“San Antonio’s Monique Diaz Campaigns (and Wins) with a Personal Touch,” The Current 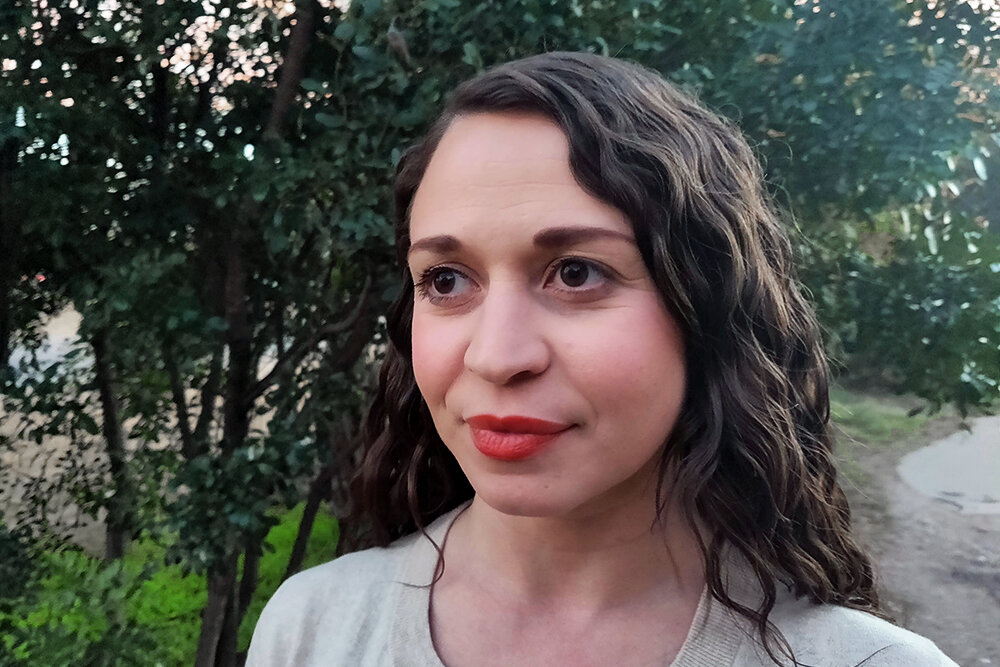 It’s late afternoon when I meet Judge-elect Monique Diaz, 34, at her campaign office on North St. Mary’s Street, and she’s aglow in the rippling aftermath of Bexar County’s blue wave.

As part of that Democratic sweep, Diaz ousted 150th District Court Judge Renee Yanta, and now Diaz seems to be enjoying the bittersweet process of shutting down her general law practice and preparing for this new chapter in her life.

It’s one many would say she earned through methodical hard work and sweat. For the past eight years, she’s carefully studied the craft of political campaigns through the fine lens of grassroots volunteerism.

Now, as part of that new chapter, she and the state’s other newly-elected judges will head to Austin next week for what outgoing 45th District Civil Court Judge Stephani Walsh once informally called “baby judges’ school.” There, Diaz will get fitted for her robe and attend classes to familiarize her with the judicial culture she’ll need to know for her upcoming four-year term.

Diaz’s political adventure started in 2010 when she accepted an invitation to volunteer for Nico LaHood’s unsuccessful campaign against then-District Attorney Susan Reed. Though it was Diaz’s first glimpse at the workings of a countywide campaign, she immediately sensed it wouldn’t be her last.

“Politics is very funny in this town,” she says. “You work on one campaign and you become very sought-after afterwards.”

In 2012, Diaz joined Sheriff Amadeo Ortiz’s reelection campaign, where she discovered she enjoyed fundraising. Building on those early experiences, her campaign resume has grown to read like a Who’s Who of almost every notable Democrat of the past decade, from the local, state and national level.

But it was after the election of President Donald Trump that Diaz began to feel “helpless.” As a result, she wanted to directly impact her community — and she felt her law degree, seven years in practice and extensive campaign experience could help her win election as a judge.

“I wanted to do something to show my community that there is still compassion, [and] that people can be treated with respect and dignity, no matter where you come from, or who you love or what religion you ascribe to.”
I tell her she seems to have benefited from all the fast-moving changes in society, and I also acknowledge the power of straight ballot voting, which will be eliminated in Texas, come 2020.

“You’re absolutely right,” Diaz replies. “Historically, we’ve always seen that what happens federally is going to affect what happens at the bottom of the ballot.”

Diaz’s knowledge of campaigning is undeniably vast. If she were to write a book about the subject, she says she would offer three key points for future candidates.

“I still think that the number one thing is to work harder than anyone else,” she says after a moment of contemplation. “I think number two is simplifying your message, making [it] relatable.”

As the final tip, she explains that personalizing interactions is key to outworking an opponent.

“I think you know that Congressman Lloyd Doggett does this really, really well,” she says.

Actually, he does, I agree, adding that I have a picture with him. Actually, it’s of us and Buster the Bus, the VIA mascot.

“I’ll bet he took that picture and he printed it, signed it and sent it to you, because that’s that attention to detail,” Diaz says.

At that point, I mention all the text messages she’s sent me also have a personalized and authentic feel.

“I spend days sitting with my phone, personalizing text messages to people,” Diaz says. “I know my campaign manager thinks I’m crazy, but as a result of that, I was able to raise $278,000 on a first-time judicial race — because I reached out to people individually and asked for their support. I was able to have a number of events that were all pretty well attended.”

Her Paella Pachanga campaign event pops to mind, even though I couldn’t attend due to a previous engagement. I remember it because the invitation she sent me via text made me feel pretty darn special. And I don’t even like paella.

Though Yanta didn’t call Diaz to concede on election night, she adds that she did get a “a nice voicemail” from her opponent the day before Thanksgiving. It included an offer to meet up to discuss the inner workings of the court, which Diaz appreciated.

Even so, I tell her I sense her disappointment that she didn’t get that call on election night.

“I wasn’t really disappointed… Maybe a little surprised, because it is customary,” Diaz says. “But I don’t take things personally. It’s not something that I thought about for more than five seconds.”

Stay on top of San Antonio news and views. Sign up for our Weekly Headlines Newsletter.