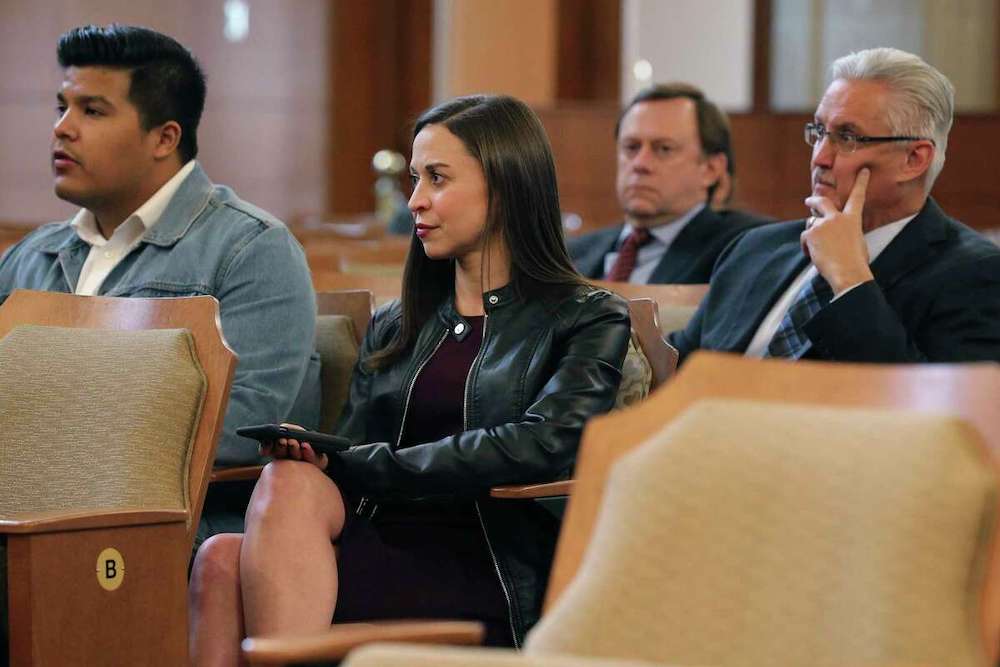 After a summer and fall in which San Antonio focused on domestic violence, city officials Thursday laid out a plan to spend an additional $500,000 to stem the problem.

Melody Woosley, director the city’s Department of Human Services, presented the proposals to the City Council, three months after it approved an annual budget with more money to address gaps in the support system for victims.

In 2018 alone, at least 29 people in Bexar County died as a result of family violence.

“We’re excited because these are evidence-based programs that we have not funded in the past, that are new to the community,” Woosley said. “They will provide for richer survivors’ services and, hopefully, reduce violence.”

A communitywide request for proposals went out in November. From that, four organizations with five different program proposals were selected by city officials. Those, and the recommended allotted funding, are:

A school-based teen dating violence program to be implemented in the San Antonio and Edgewood independent school districts; the YWCA, $272,222.

A pilot high-risk team that will identify and provide services, including expedited protective orders, to victims at risk of being killed; the Bexar County Family Justice Center Foundation, $330,552.

Expansion of free legal services to victims of domestic violence, with a focus on protective orders; Texas RioGrande Legal Aid, $226,726.

Special training for nurses to address domestic violence ($125,500) and training for first responders in how to assess the lethality of offenders ($45,000); Family Violence Prevention Services Inc.

Council members will vote on the proposals next month. Funding for the approved programs, covering 19 months, will start March 1, Woosley said.

There will be an option to renew the programs, depending on how well they work, she said.

The recommendations grew out of the Collaborative Commission on Domestic Violence, a city-county partnership formed in the summer to identify holes in the family violence safety net.

Another $500,000 has already been allocated for a positive parenting program, a school-based, anti-violence program and public service announcements, Woosley said, bringing the total added city money to $1 million.

Other San Antonio charitable groups, such as the San Antonio Area Foundation and the Kronkosky Foundation, have pledged money to fight domestic violence as well, she said.

City Council members as a group said they were impressed with the city’s plan. But some noted gaps not included in the proposals.

Councilwoman Shirley Gonzales, who with Councilman Manny Peláez first sounded the alarm about the growing domestic violence problem last summer, asked why there wasn’t a mention of batterer’s intervention and prevention programs on the list of proposals.

Jenny Hixon with the San Antonio Metropolitan Health District said that wasn’t put forth by the commission as a first-year priority.

“But just because that’s not on the list, it doesn’t mean were not still looking at efforts to expand resources for that,” she said.

Other council members asked about other gaps that didn’t make the list: What about the need for more housing for domestic violence survivors? What about more outreach to survivors in the LGBTQ community?

Woosley, Bridger and others assured them that the city plans to look at other issues over the next five years as part of the comprehensive plan.

Mayor Ron Nirenberg said fighting domestic violence is one of the “key charges” of his administration.

“We need to keep the conversation elevated on this,” he said.