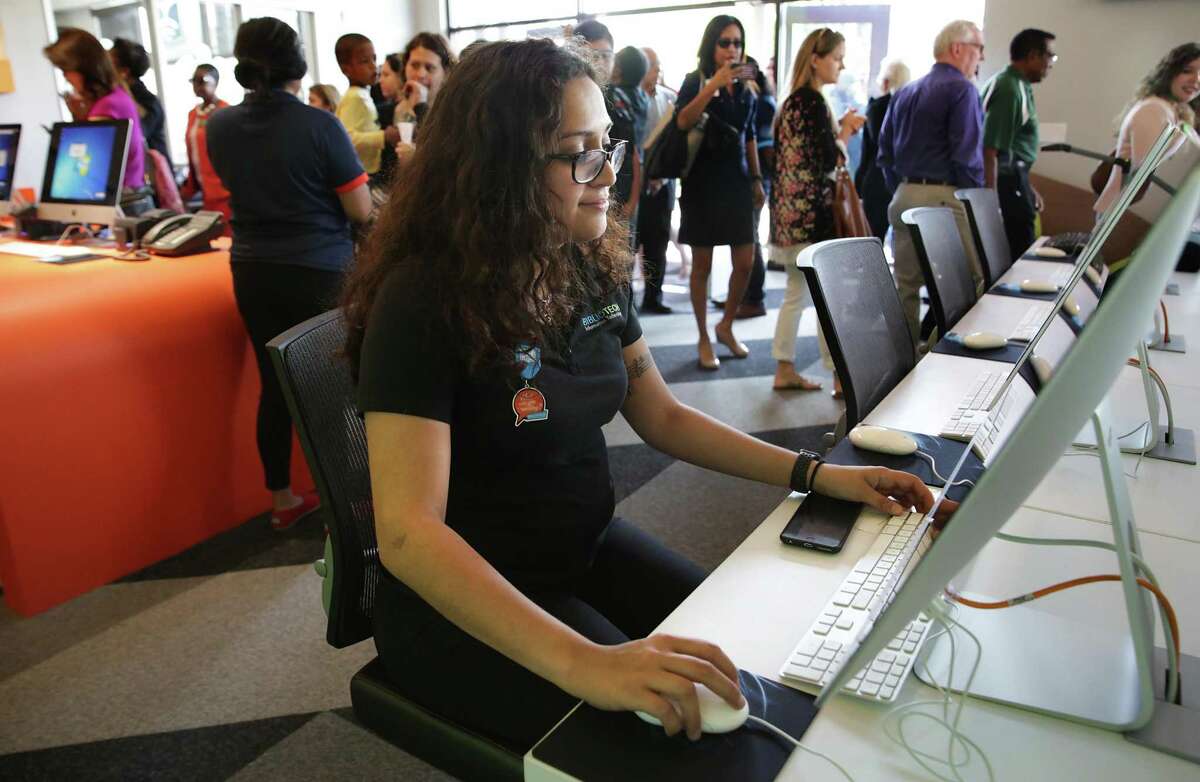 Bexar County and the San Antonio Independent School District are teaming up to build the first publicly accessible BiblioTech digital library site downtown, and a 600-space parking garage near the north end of the San Pedro Creek Culture Park.

The $2.7 million BiblioTech site and $17.2 million, five-level garage, both county projects, are targeted for completion by March 2021.

Bexar County commissioners approved agreements for the projects Tuesday after the SAISD board approved them Monday night. The new “BiblioTech EDU” will serve some 1,600 students at a shared campus used by Fox Tech High School, CAST Tech High School and Advanced Learning Academy.

The school’s existing 8,400-square-foot library will be renovated to serve as the fourth BiblioTech site, with 48 computers and additional special features: a robotics lab, recording studio, children’s room and other youth facilities.

BiblioTech Director Laura Cole said the site “will reflect a public library-public school partnership that I think can be a model nationally.”

“We’re all about what’s new at BiblioTech, and this is just another step forward,” Cole said.

“We’ll also have Wi-Fi hot spots, and there has been a big, big demand for those in our libraries,” Bexar County Judge Nelson Wolff said.

Currently, the only downtown BiblioTech is a satellite in the Central Jury Room of the Bexar County Justice Center.

The 6-year-old BiblioTech system, with connections to 58 schools, as well as military base libraries and VIA buses, has had 881,000 on-site visitors, registered more than 160,000 patrons and circulated more than 915,000 e-books.

“It is the future of what libraries will look like,” SAISD Superintendent Pedro Martinez said.

The new garage on the Fox Tech campus will be leased by the school district, and open to the public on nights and weekends, near the improved sections of San Pedro Creek downtown.

“To have the county and the school district come together in these partnerships, you have to have a mindset that’s bigger than just your own entity,” Radle said.

In other business, commissioners approved the appointment of two full-time and eight part-time magistrate judges.

The appointment of magistrates follows a decision by Commissioners Court in April to contract with the city for magistration services. At the time, district judges in Bexar County objected to that move, saying magistrates should be judicially appointed, and trained in current best practices.

Tuesday’s action appeared to be a settlement in a months-long debate between the judges and commissioners, particularly Wolff, who has said he wanted magistrates who were “more forgiving” than the judges’ past appointees in dealing with homeless, poor, drug-addicted and mentally ill detainees, taking time to weigh matters with a public defender present before setting bond.

The county will continue to use city magistrates for some cases — its contract with the city expires at the end of the year — but hiring its own magistrates means the district judges once again have a say in the process.

The new slate of county magistrates, hired at a cost of just over $450,000, was vetted by a three-member panel composed of Commissioner Justin Rodriguez; state District Judge Ron Rangel, administrative judge on the criminal side; and County Court Administrative Judge John Longoria.

Celeste Ramirez, who will serve as presiding county magistrate, thanked everyone involved in the process for “working hard to put us back, so that we can work toward new goals, new policies and bail reform.” Ramirez said she’s “open to all ideas.”

“One of my goals is going to be identifying where all the gaps are,” particularly regarding mental illness, she said.

The County Commissioners also heard a lengthy update from the Collaborative Commission on Domestic Violence, formed in August.

State District Judge Monique Diaz, co-chair of the city-county commissions, said the panel would meet today. The commission will return to commissioners with a budget request once it has finished its research and evaluated processes already in place, she said.